Working to Interrupt and Dismantle the Trauma-to-Prison Pipeline™ for Women, Girls & LGBTQ

Yet the true fall out of COVID-19 related to law enforcement and people arrested and/or detained is slowly percolating and being ignored.

On Saturday, March 14, 2020, I decided to do “Court Watch” at DC Superior Court’s infamous court C-10. This is the place where people who have been arrested on a warrant or onsite of a “crime” are presented and either released on Personal Recognizance (PR), released with conditions, or detained.  I went with a cri 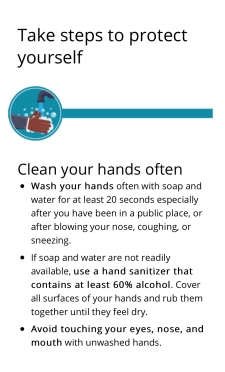 minal justice reform comrade. We had one purpose—to find out if Central Cell Block (CCB) and DC Superior Court (DCSC) are taking measures to minimize exposure to and infection from Coronavirus 19 (COVID-19). Specifically, we wanted to find out if detainees were given access to soap and water, individual toilet paper, and drinking water. We also wanted to find out if handcuffs were being sanitized after each use. The Center for Disease Control (CDC) has issued detailed instructions on preventing the spread of  COVID-19. We wanted to know if CCB and DCSC were following these guidelines with inmates in their custody. It is with great grief that I report that not even soap is being provided to inmates.

CCB is the place people go to when arrested on a warrant or when charged at the scene for a crime. The building is over 100 years old and is underground. Prior to the outbreak of COVID-19, CCB had a massive roach infestation which the Mayor, DCDOC and each and every current and past council member is aware of.  CCB has never given detainees hand soap, toothpaste, toothbrushes or bottled water. Just as importantly, DCSC only gives those detained in the lock-up hand sanitizer after they take a drug test—this is only done with new “lock-ups” awaiting presentation in court C-10. New ‘lock-ups’ are given hand sanitizer from a communal bottle, dispensed by the employee handling the urine samples for drug testing. After that, while they wait for five to eight hours to be seen by a judge, inmates at the court are given one roll of toilet paper to share. They are not given soap. Drinking water comes from a shared spigot located above the communal toilet. They are shackled at the ankles in cell blocks with little to no seating. Because the court lock-up is freezing cold, those detained often huddle together on the floor, sometimes sharing coats as blankets to stay warm.

Keep in mind that the majority of people arrested and funneled through CCB are released back into the community after appearing in court. Therefore, for every person arrested, people need to be aware that they have not been able to wash their hands after using the bathroom and they have been in close proximity in holding cells at the courts, district stations and/or CCB.  To-date no steps are being taken by DCDOC or the US Marshals working lock-up at DCSC to follow the most basic hygienic directives issued by the CDC.

This is about access to soap and water. This is about access individual rolls of toilet paper and personal water containers (not water coming from above a shared toilet). This is about keeping people safe and minimizing the spread of not only COVID-19, but also hepatitis, the flu and other serious contagious diseases. An arrest should not be a sentence to a serious or even life 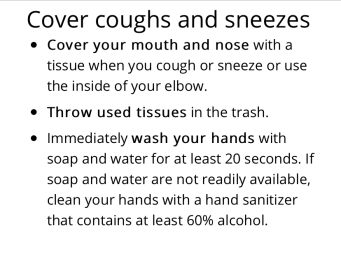 -threatening disease, because the local government refuses to give its most marginalized citizens soap, water and toilet paper.

On Friday March 13, 2020 I posted the statement below on FB and twitter and tagged Mayor Marion Bowser, DCDOC, DCSC, as well various local news outlets. As of the writing of this article there has been no response to my post:

“DC Department of Corrections in light of COVID—19 What are you doing to protect the health and safety of inmates in your custody? Specifically those who end up at Central Cell Block.

People might not know this but DC DOC denies people at Central Cell Block access to:
-soap
-toothpaste and toothbrushes
-toilet paper (you have to ask for it and then they give you a little bit at a time)
-bedding (those detained have to sleep on metal bunks)
-clean space (the cells are infested with roaches)
Being arrested shouldn’t mean that you don’t have access to proper hygiene. I want to know is there going to be soap given to each person who enters Central Cell Block?
Mayor Bowser Anthony Lorenzo Green NBC Washington Delia Goncalves City on a Hill Press The Hill CBS DC April Renée Goggans Washington Post

Next I want to know what the District of Columbia Superior Court is going to do to protect the health of those detained who are awaiting hearings. While waiting to see a judge if you are detained beneath the court building you are denied access to:
-soap
-water (only water comes from a spigot above the communal toilet)
-toilet paper (one roll is given per holding block for everyone to share)

Handcuffs are removed and not sanitized and immediately reused on different people at the court.

Think about all I’ve shared and remember the majority of people who are first detained at either Central Cell Block or the Superior Court are released the day they appear in court. How is Mayor Bowser and her crew going protect these citizens and those they will immediately come in contact with upon release?

If anyone wants to talk to me about a proper and humane way to handle these situations please be in touch.

On Saturday, March 14, 2020, as I sat for almost three hours at DCSC, I watched the various US Marshals remove handcuffs, belly chains and shackles from those detained who were being released.  The hardware was dumped in a plastic container to be reused immediately on the next group of detainees prepped to be presented before the judge in court C-10.  The Marshals wore their usual protective gloves that are not disposable, and they touched inmates on their hands and arms, one person after the next.

While I was at court C-10 there were 73 “lock-ups”. I spoke with eight men and two women who were released. I asked them if they were given soap, their own toilet paper or individual drinking containers at CCB or at the court. All answered absolutely not. No soap. No individual toilet paper and at the court they drank from the spigot above the toilet if they wanted water.

This isn’t just a vent session. This article is to raise awareness and demand immediate action.

Immediately, DCDOC needs to make sure that they give individual soap, toilet paper, and bottled water to each and every person in their custody at the jail, district lock-ups, and CCB. The DC Superior Court needs to direct all of its US Marshals to use disposable gloves and to change them after contact with each detainee. The court needs to also make sure each and every inmate entering the court as a new “lock-up” or coming from the DC jail receives individual hand soap, toilet paper and bottled water. Disposable plastic cuffs need to be used and all holding cells need to be disinfected with bleach every hour. 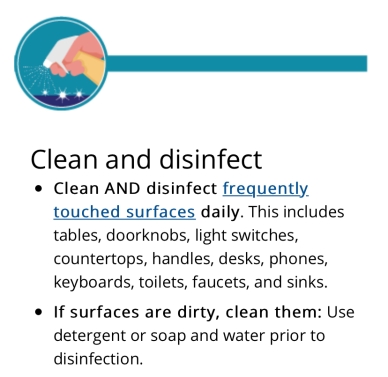 If these measures are not implemented immediately, we will have an epidemic that stems from the carceral spaces in this city which will spread rapidly into the communities that are most marginalized—Wards 7 and 8.

Honestly, at this point the damage may already be too great, but action needs to happen Now!